National Merit Scholarship winners are the finalists judged to have the strongest combination of accomplishments, skills, and potential for success in rigorous college studies.

The scholars were selected by a committee of college admissions officers and high school counselors, who appraised a substantial amount of information submitted by both the finalists and their high schools: the academic record, including difficulty level of subjects studied and grades earned; scores from two standardized tests; contributions and leadership in school and community activities; an essay written by the finalist; and a recommendation written by a high school official. 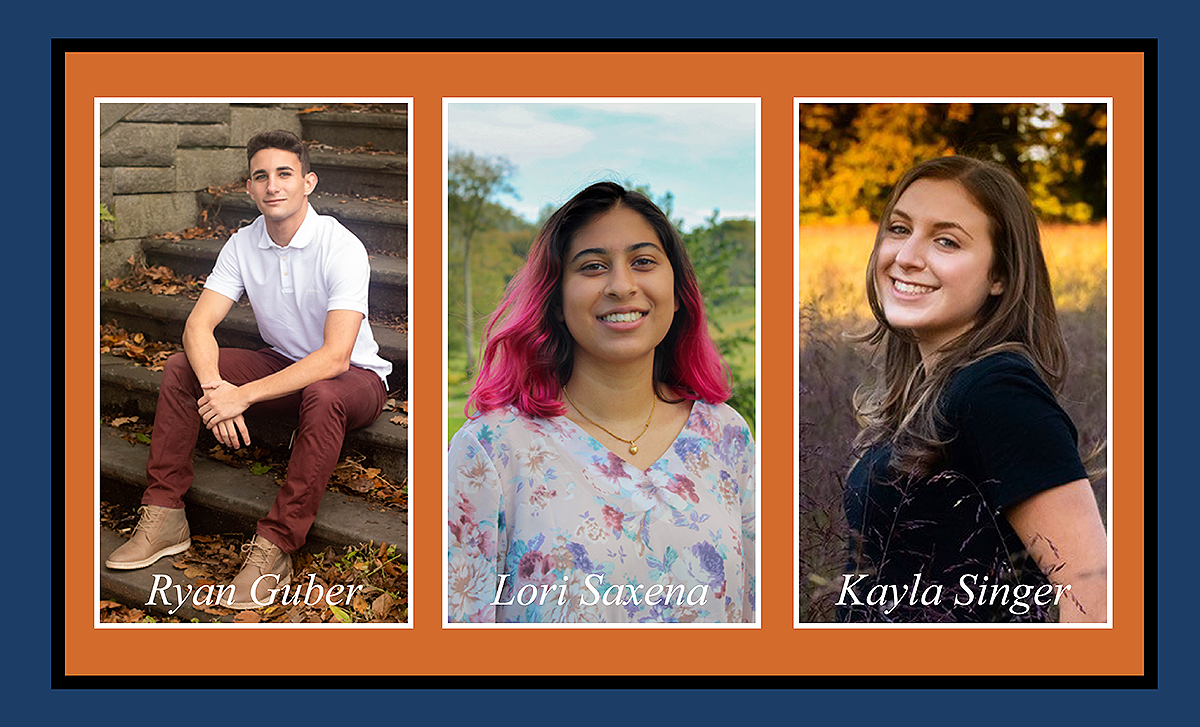 RYAN GUBER
Ryan is the Editor-in-Chief of The Greeley Advocate (student life magazine), the president of the school's Math and Spanish clubs, and an executive of the Model United Nations Club. He is also a peer tutor for Greeley's Peer-to-Peer Tutoring Club, a Peer Leader, and captain of the Varsity Tennis and Varsity Winter Track teams. He has taken part in Greeley's science research program for the last three years, which he says has been pivotal in shaping his aspirations. Outside of Greeley, Ryan also tutors at Renaissance Youth Center, a non-profit organization that looks to maximize youth potential through performance-based programs in education, music, sports, and civic engagement.

This fall, Ryan will attend the University of Pennsylvania, where he plans to pursue a BS in Chemical and Biomolecular Engineering with the eventual goal of obtaining an Engineering Doctorate and MBA. "I hope to create a biotech company that focuses on innovative advances in diagnostics," Ryan stated. "I want to focus specifically on developing rapid, non-invasive, and inexpensive diagnostic technology, for which I found a passion while developing the foundations of a breath-based COVID-19 diagnostic test last summer under the mentorship of Dr. Wenjun Zhang."

LORI SAXENA
At Greeley, Lori is an Editor-in-Chief of The Greeley Tribune and also serves as an executive for both the Debate Club and Friends of Foster Care Club.

Lori is also enrolled in Greeley's science research program and was named a semifinalist in this year's Regeneron Science Talent Search competition for her research entitled Circadian Process in Prostate Cancer and Type 2 Diabetes. . .having been selected from 1,760 applications received from 611 high schools across 45 states, Washington, DC, Puerto Rico and 10 countries.

Lori wants to be a neuroscientist and plans on studying biology at Stony Brook University in the fall.

KAYLA SINGER
A Valedictorian of the HGHS Class of 2021, Kayla is also a co-leader of the Horace Greeley Quaker Notes (an all-female a cappella group) and the Vice President of Logistics and Grant Proposals of the Chappaqua School Foundation Student Advisory Council.

Outside of Greeley, Kayla is the Co-Director of the Web Development department of the youth-led non-profit The Green Consumer Project. In this role, she designed, created, and now maintains their website, which helps consumers discover sustainable fashion brands. She also privately tutors students in math, is on the Leadership Board of the AYSO VIP Sports League and is an assistant teacher at her synagogue.

In the fall, Kayla will be attending the Dyson School of Applied Economics and Management at Cornell University. She will be studying business with concentrations in Finance and Business Analytics. After college, Kayla plans to work in finance and eventually earn an MBA. Kayla is starting to explore the business world through her Senior Experience internship at Troob Capital Management, a private equity firm. Ultimately, Kayla hopes to integrate her passions for business, math, computer science and social justice in her future career.

2021 National Merit Scholarship Competition
This year’s National Merit Scholarship Program began in October 2019 when over 1.5 million juniors in about 21,000 high schools took the PSAT/NMSQT, which served as an initial screen of program entrants. Last fall, the highest-scoring participants in each state, representing less than one percent of the nation’s high school seniors, were named Semifinalists on a state[1]representational basis. Only these approximately 17,000 Semifinalists had an opportunity to continue in the competition.

From the Semifinalist group, some 16,000 students met the very high academic standards and other requirements to advance to the Finalist level of the competition. By the conclusion of the 2021 program, about 7,500 Finalists will have earned the “Merit Scholar” title and received a total of nearly $30 million in college scholarships.